If you have an account with Microsoft Outlook email service, there is a possibility that your account information has been compromised by an unknown hacker or group of hackers, Microsoft confirmed The Hacker News.

Yesterday, a user on Reddit publicly posted a screenshot of an email which he received from Microsoft warning that unknown attackers were able to access some information of his OutLook account between 1 January 2019 and 28 March 2019.

Another user on Reddit also confirmed that he/she too received the same email from Microsoft.

According to the incident notification email, as shown below, attackers were able to compromise credentials for one of Microsoft’s customer support agents and used it to unauthorisedly access some information related to the affected accounts, but not the content of the emails or attachments. 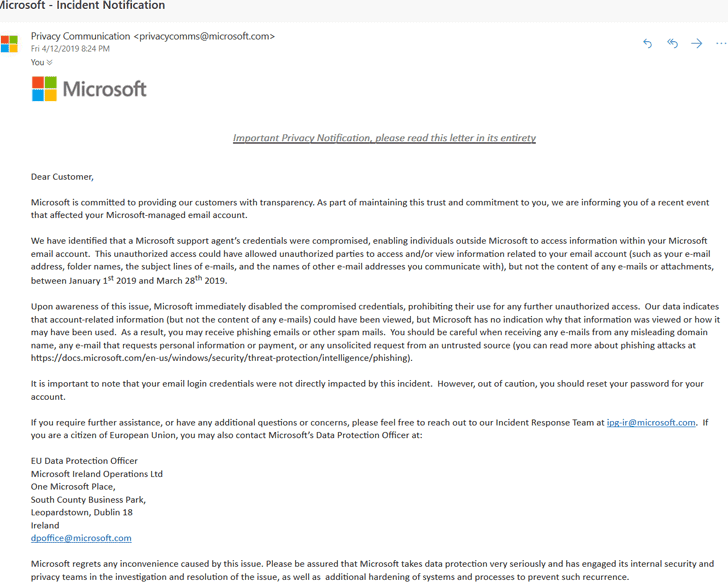 The information that a Microsoft’s customer support agent can view is limited to account email addresses, folder names, subject lines of emails, and the name of other email addresses you communicate with.