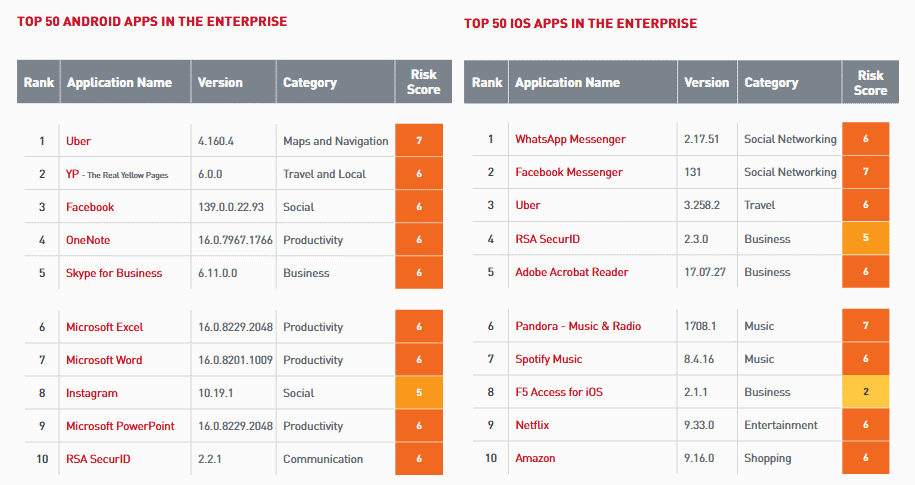 WhatsApp has the honor of being the most popular app on iOS enterprise devices, but also the most blacklisted app on enterprise networks.

This is one of the findings of the Appthority Enterprise Mobile Security Pulse Report for Q3 2017; a report put together by scanning millions of devices running the company’s mobile security solutions.

The gathered data allowed Appthority insight into the most popular apps that employees installed on work devices or on personal devices that they bring into enterprise networks via bring-your-own-device (BYOD), choose-your-own-device (CYOD) and corporate-owned, personally-enabled (COPE) policies.

In addition to the most installed apps, Appthority also had an insight into applications blacklisted based on company-wide policies. These apps were blacklisted because of known vulnerabilities, potential leaks of sensitive data, or for being known malware infection vectors.

For example, the most blacklisted app on Android devices part of enterprise networks was an app named Poot-debug(W100).apk, a known rooting toolkit, known to be part of many malware-infected applications.